The Montreal International History Film Festival (FIFHM) is an annual cultural event devoted to history cinema. Its founders, filmmakers and historians, are passionate about the expression of history through cinema.

Our Mission
FIFHM’s mission is to spread films and media productions that focus specifically on the treatment of history. The event was born from the founders’ passion about these fields, while in a momentum of various commemorations (Montreal’s 375th, Canadian Confederation’s 150th, First World War Armistice Centennial, among others). The festival’s founders wish to bring forward the dialogue between history and cinema for the better comprehension of current social issues, in Quebec, Canada and throughout the world.

The festival is interested in the diffusion, popularization and transmission of historical knowledge through film, be it fictional, animation or documentary. The festival’s aim is to promote exchanges between filmmakers, historians and the general public, offering a showcase of films of any genre or other media products (especially television series or, eventually, video games) where history is presented and represented. In the future, the festival intends to develop a youth section to promote contact between the younger generations and the representations of historical content. Correspondence could also be drawn between the festival’s programming and the curricula in history, geography or ethics and religion.

The Event
The festival will hold its very first edition from May 3-5 2019. Film and history professionals are welcome to join the public in a wide discussion about cinema as a medium of historical knowledge.

With special thanks to Annabel Loyola, filmmaker, special collaborator of the FIFHM since its inception in early 2018.

Online on VIMEO, starting June 4th. Follow us on our social network accounts ! 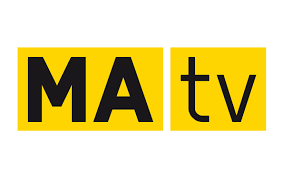